I did a search on this forum and found some helpful tips, but I wanted to relay my recent experiences with my pup Alfie to see if anyone had specific insight.

Alfie has always hated his crate. He'd sleep in it overnight and when we went out or to work, but never without a fight. He never took to it on his own, he always had to be carried into it. He'd cry upon entry but would eventually settle down.

When he was about 7 months old, my husband and I had to leave him for a few weeks with my parents while we traveled across the country to await the birth of our son via surrogacy. Alfie does well when left in the care of others (happily goes with the vet, with the groomer, follows other people around, not just us) so he was fine being in my parents' house, but being older, they had no energy or willpower to keep his crating up. They left him to sleep on the sofa or on the floor while we were gone, so by the time we got back to town, we had a new baby and Alfie had a new routine. So we allowed Alfie to sleep in bed with us, partially so he wouldn't feel insecure or threatened by the presence of the baby. This went fine and I think helped Alfie feel secure and also it helped us introduce the baby to him without any issue (side note: they adore each other).

This was all at the start of covid, of course, so besides being home for daddy leave, we also were working form home. We made it a point to leave the house at some point each day so Alfie would have to deal with being alone in the house pretty much every day. Barking aside, he'd always settle down and we'd return home to him ecstatic to see us, maybe some pillows thrown about from the sofa, but no destruction.

Over the past month or so, we began returning home to find Alfie destroying or tearing up things. If one of us had left the bathroom door ajar, Alfie would get into the trash bin and tear up tissues all over the living room carpet. Twice he got ahold of pacifiers we forgot to put away and he literally ate them. He managed to completely destroy a large wooden toy that was set to the side of the sofa (still shocked us he broke it down with his chewing so finely, and an even bigger shock he didn't get sick from the wood, which we could only find random pieces of). Recently, we left the house for just 20 minutes or so and when we returned, Alfie had chewed the entire top off the remote control.

His breeder had warned of a destructive regression around this age (he's roughly 18 months) and it seems he takes after his mother, who has to be crated whenever the owner goes out because even at the age of 6, she likes to cause mischief. So, we decided it was time to re-crate him when we went out. As you can imagine he is not happy about it, but with some treats tossed in, he willingly steps inside and lets us close the door. He barks and howls, but that's not different than when we left the house when we were leaving him out.

What's different now, however, is that when we return, we are finding clumps of hair from Alfie's tail torn out and strewn about the crate. His paws, all four of them are also sopping wet. I don't think it's from panting because his face isn't wet, but rather he's aggressively licking and chewing them. My instinct is to stop the crating and revert back to leaving him out since his destructive tendencies have been sporadic; my husband, however, thinks we need to get him readjusted to the crate so he doesn't hurt himself by eating something he shouldn't (which I understand and do agree with).

Ideally, I'd like him to be crated when we are out, but I'm not sure if I'll be able to achieve it. As I said, he's always been reticent when it comes to the crate, even at a few weeks old. I've done everything imaginable to make it hospitable and he just isn't fooled. He knows it means being alone and separated and he detests it (when I used to work out of the house, I had a camera on him and could hear him whimpering after we'd been gone for a while). I used to be able to have a dog walker come and check on him and give him an extra walk while at work, but with covid, we've had to stop it entirely.

I'm also now wondering if I need to give him some CBD oil or something to calm him so he doesn't hurt himself by chewing and licking at himself in the crate? I have no idea where to even begin with that, but would be most grateful for some insight, advice, feedback. I apologize for such a lengthy post but I do want to provide the full picture. Alfie's such a great pup in every other way, but this sudden behavior is alarming to me. I feel terrible that he's going through this, but I'd also feel awful if he hurt himself (or worse) by eating something I have no way of keeping from him if he's out of the crate and I'm not home to observe.

Joined Aug 22, 2015
·
7,552 Posts
I wouldn’t go back to the crate as he could hurt himself. Some dogs never take to it. I once had a yorkie who would become so frantic in a crate she would try to dig her way out until her paws bled.

Would an x-pen work ? If not, then I would choose a small room, dog proof it and make it his room for when you’re away. Give him a comfy bed, lots of toys, water, and nothing accessible to destroy.

There are lots of tutorials on how to get a dog accustomed to being alone. Find one you like and work on gradually leaving your dog longer and longer in the room.

Joined May 27, 2018
·
1,642 Posts
Honestly, at this point it sounds like working with a dog behaviorist is your best choice. If your dog is to the point where he is injuring himself, trying to solve this challenge yourself is going to be really difficult. Also, medication (OTC or prescription) might be needed, but it's probably best to consult your vet first. Some dogs just need more help with anxiety in general.

Peggy Sue, Standard Poodle Born May 2019
Joined Sep 5, 2019
·
8,780 Posts
It sounds like he just doesn’t know what to do with himself when you’re gone. In a perfect world, you’d never have left him while he was crying, and would have taken the time to develop a solid, safe chewing habit with stuffed Kongs, while you slowly built up from a few seconds out of sight to longer periods.

But reality doesn’t always work like that, especially with a new baby.

I’d recommend seeking the help of a certified veterinary behaviourist. Many are doing remote consultations right now, thanks to covid, so don’t feel constrained by geography:

You might also have some luck with a certified trainer or behaviour consultant: 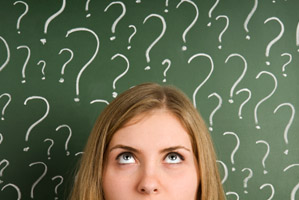 How to choose a dog trainer - CCPDT

An easy guide to finding the right dog trainer for you and your dog. Make sure you work with a professional who has relevant education and experience.

Joined 1 mo ago
·
24 Posts
I just researched CBD for a presentation I did for my dog club. There is no well-designed research published showing that CBD is useful for anxiety in dogs. In fact, since it isn't psychoactive like THC is, I wouldn't expect it to affect anxiety. The research I was able to find shows that it may be useful in helping arthritic pain and lowering the frequency of seizures. These ongoing studies were carefully designed and run by schools of veterinary medicine.

There are good prescription drugs, and some neutraceutical products with good studies showing effectiveness. Your veterinarian can help you with these. And, as others have said, you need to work with a behaviorist to start your behavior modification program for separation anxiety as fast as possible.

You can check this directory of certified applied animal behaviorists to find a behavior consultant near you: Home Page - Certified Applied Animal Behaviorists

Separation anxiety is very painful for both dog and owner. Fortunately for both, it responds well to treatment.