Joined 2 mo ago
·
17 Posts
I will welcome our newest babyboy, a toy poodle, this sunday. He is currently being fed a royal canine kibbles and from doing severe research, it seems like id have to continue feeding him the same food and slowly move away and introduce new food.

any great dog food you recommend?Price doesnt matter as long as he can live healthy and stay by our 5 years old princess.

Joined 11 mo ago
·
859 Posts
We fed our puppy Royal Canin for Poodle Puppies because our vet recommended it. He had no problems with it and is moving on to RC for Poodles.

Dianaleez said:
We fed our puppy Royal Canin for Poodle Puppies because our vet recommended it. He had no problems with it and is moving on to RC for Poodles.
Click to expand...

yeah i just wanna make sure he’s fed healthy food and he can stay healthy since he willl be with us for a long time. I dont mind buying expensive food for him and wanted to make sure what would be THE best option for him.

i saw HeedFoods and heard this is like for picky eaters & digestion issue doggie (delicate stomach) so i figured it wud be good. Ordered mine and came. But if RC puppy poodle is better, ill go get that instead.

Joined Sep 5, 2019
·
5,819 Posts
I've never heard of Heed before. Looks interesting! Peggy does well on Farmina puppy kibble, which some feel is too expensive. But if budget's not a factor (and you don't require the convenience of kibble) raw or freeze-dried raw is probably better than any kibble you'll find.

I don't know about the specific dietary requirements of toy poodles, though.

Here's some resources to help you determine whether a food will be nutritious and healthy for your toy. A food doesn't need to be expensive to be very good so don't let that be too big a criteria. After you find a couple to try, your poodle will likely have the final say . Although ingredient lists are commonly used by pet owners and most pet food rating sites to determine the quality of pet foods, this approach has many pitfalls and usually is not a good way to select a food.

It's Not Just Grain Free It’s Not Just Grain-Free: An Update on Diet-Associated Dilated Cardiomyopathy

Questions You Should Be Asking Questions You Should Be Asking About Your Pet’s Food

How can you tell about the quality and nutritional expertise of a pet food company? Here are some questions savvy owners should ask companies to select the best possible food for their pets.

The Role of AAFCO in Pet Food Regulation

Joined Sep 5, 2019
·
5,819 Posts
Excellent resources from Rose as always! But gotta say - that Tufts piece sounds like it was written by Purina. Lol. It really is so hard to know who to listen to on this topic, as there's a lot of conflicting information out there, hidden financial interests, and passionate voices. I guess you have to just take it all in and then follow your gut.

Your poodle's health and appetite will also guide you.

I feel lucky that we have a good local pet food store with a very engaged owner and staff. They've helped me navigate a lot of questions that I've had trouble answering online. Toypoodlecloud, maybe you have something similar in your community?

Joined 11 mo ago
·
859 Posts
I love the irony that many of us are so much more careful with our dog's diets than with our own.

We love them and we want the best for them. For us, it's maybe this time I'll have the fries.


PeggyTheParti said:
that Tufts piece sounds like it was written by Purina. Lol. It really is so hard to know who to listen to on this topic, as there's a lot of conflicting information out there, hidden financial interests, and passionate voices. I guess you have to just take it all in and then follow your gut.
Click to expand...

PeggyTheParti said:
That first Tufts piece. The one about not judging a food by its ingredients.
Click to expand...

Here's my chain of info so far:

From the Tuft's site:
Donors to Tufts at Tech

We gratefully acknowledge our establishing donors:
The following generous individuals are Tufts at Tech donors:
From a google search for "Dr Lisa Freeman DVM Purina" 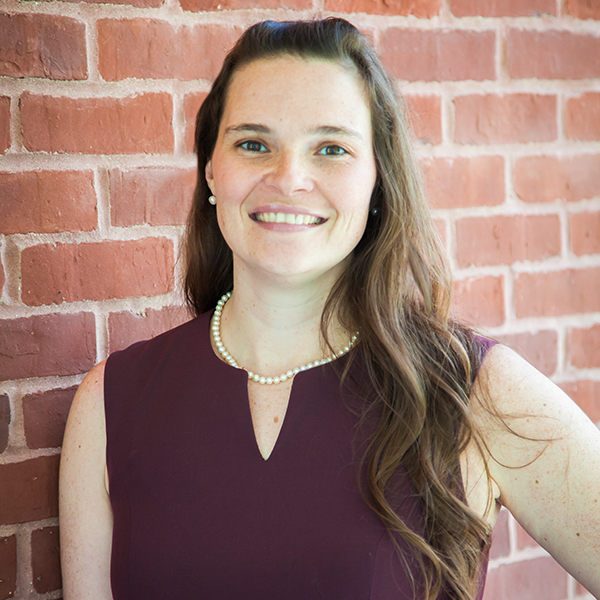 About the Clinical Nutrition Service

About the Clinical Nutrition Service

Then from a pharmacist, Aaron Syring, whose wife is a vet, talking about bias.

Grain Free Dog Food Causes Cardiomyopathy? I think there is more to the story... - Prescriptive Optimization

On these pages, and countless others on the web, people have gained health benefits from grain elimination. So, many pet owners want to help their pets and do the same. I deployed this tactic after my daughter’s dog had a stroke, and it was I believe an essential part of the recovery (as...

prescriptiveoptimization.com
His own bias is mentioned and he doesn't really try to restrain it. As an example, he states the Acknowledgements in this paper
Diet Associated DCM
are "buried at the end of the paper", which is where they are typically placed.
His take is that a magnesium deficiency is a likely culprit rather than anything that is being investigated at the time of his writing.
He states "Unfortunately, it looks as though the way the incentives line up, there is much to gain for this crew to be pushing conventional diets as the only way to stay clear of your pet developing DCM. I believe the magnesium angl is a reasonable theory that others should investigate promptly. To me, it is irresponsible to create a cloud of confusion that harms a competing business model leveraging funding incentives published through university personnel, which to the naked eye could seem like an un-biased opinion. Again, bias isn’t bad, it just needs to be part of the discussion."

Thru his article he presents the study as a black and white result, even as he mentions that the study states it's not conclusive,* which may have been come to based on the published facts that the investigators involved have been recipients of funds thru the donors, which include three dog food companies and a number of other entities.

* although there appears to be an association between DCM and feeding BEG, vegetarian, vegan, or home-prepared diets in dogs, a cause-and-effect relationship has not been proven, and other factors may be equally or more important.

Next, I find Ryan Yamka, PHD Ryan Yamka
Ryan Yamka, PhD, is founder and an independent consultant with Luna Science and Nutrition, and founder of the Guardian Pet Food Co. (Guardian Pet Food is highly digestible, nutrient dense all natural nothing artificial or synthetic. Real. Simple. Honest. Convenient pet food for more adventures). He is board certified in companion animal nutrition by the American College of Animal Sciences and a fellow with the American College of Nutrition. Yamka calls on his extensive background in pet nutrition, and multiple years developing, formulating and launching dog and cat foods as a senior executive with leading pet food companies, to address common myths and misconceptions about pet food.

Vetting his credentials has been a bit difficult. Neither entity seems to be a brick and mortar institution, which does not invalidate his credentials, which I still can't establish.

His writing includes mention of where the basis for the studies come from, the FDA collected reports. Canine DCM has been a hot pet food topic for the past year. Let’s look deeper into the latest FDA investigation update and if veterinary bias may play a role.
www.petfoodindustry.com

The veterinary bias he refers to goes beyond the investigators:

"Thus far, we have covered how there is no direct link of BEG foods to DCM. Additionally, we recognize the rise and preference of grain-free pet foods by consumers; however, there may be many veterinarians that are still fearful of or downright despise grain-free foods. Well, it must make you wonder why?

Is it because of the article they read in JAVMA, which they took as fact-based paper vs. an opinion commentary? Is it based on what they were taught in school, the foods they carry in their clinics or the clinical studies they have read throughout their careers? If the answer is yes to any those questions, veterinarians may have an unknown bias that could inadvertently being impacting their decision-making. How so?"

He seems to suggest that vets who read articles can't tell or don't notice the difference of the nature of the articles they read.

If the bias is created by monetary support from donors, I have to wonder what The Home Depot Foundation gains from Tufts? 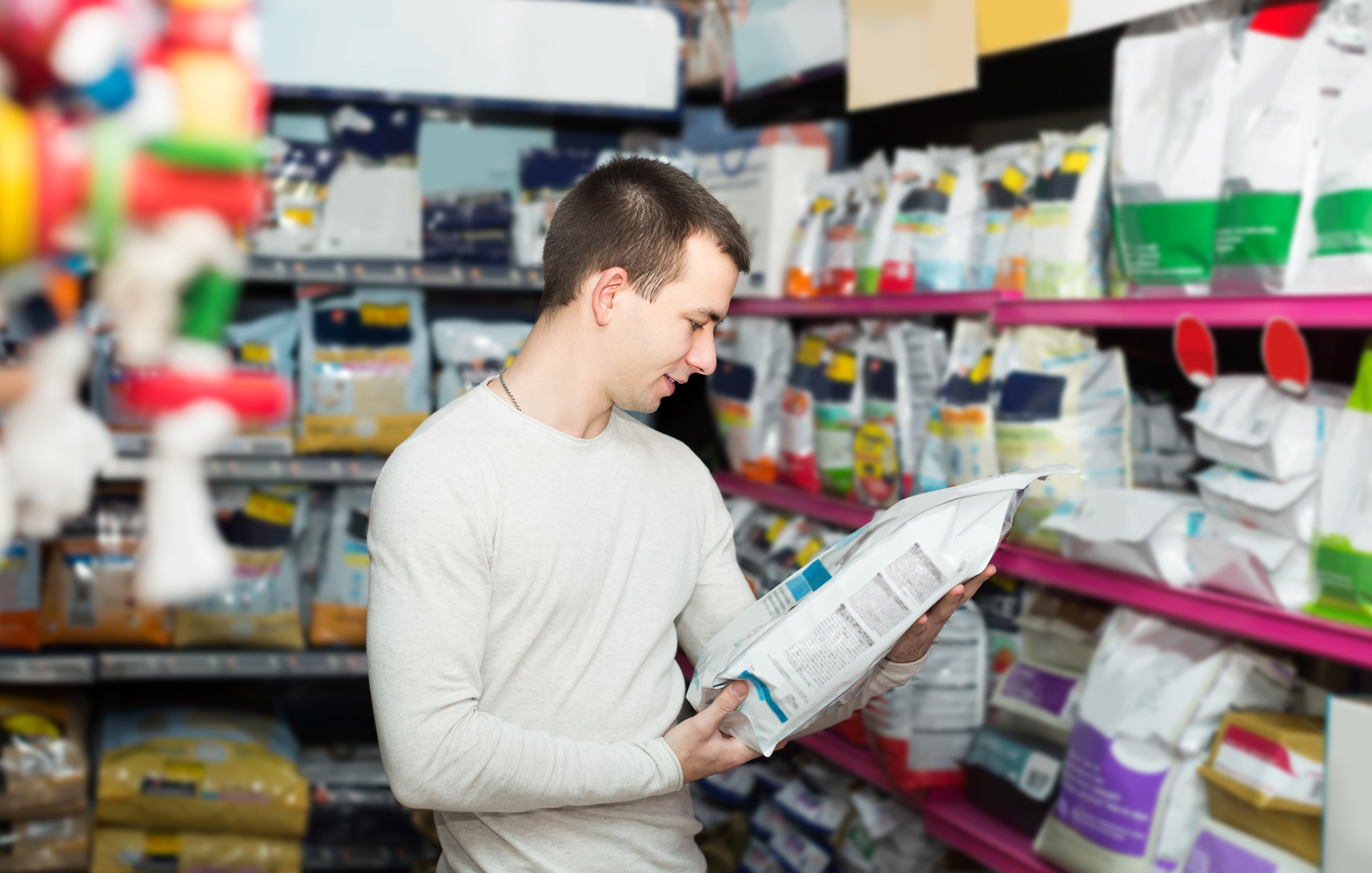 How to Read a Dog Food Label – American Kennel Club

Your best tool for deciding what to feed your dog is right on the can or bag. But first, you need to know how to read a dog food label.

Dogs will eat anything, so it’s up to you to make sure you’re feeding them well. WebMD has what you need to know about buying and serving the best food for your four-legged friend. 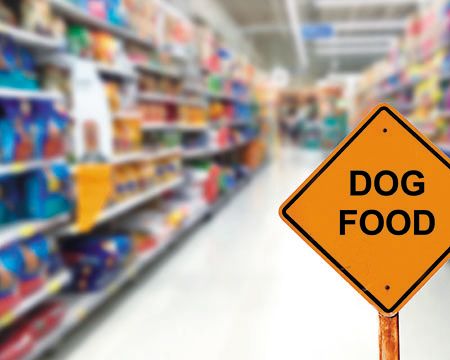 Deciphering pet food labels: What you canand cannotlearn from them

The nutritional information you can assimilate from the label on a pet food is not exactly complete and balanced. Being aware of the shortcomings of package labels will help you recognize what you can't know and figure out where else to look for facts in your quest to help owners choose the best...
www.dvm360.com

The pet food label contains a wealth of information, if one knows how to read it.

This has taken a few hours (I could keep going - so many tunnels to explore!) and I have my own biases. I try to avoid opinion as sources until/unless I can find, preferably two, sources of hard science from reputable sites to support the opinion. By hard science, I mean studies conducted by or thru teaching vet hospitals preferably, or information from reputable medical sites such as the Merck Vet Manual, DVM360, or some listed above. Testing results ideally could be reproduced by any other entity using the same data and methods.

I'm still choosing to trust in Science since that

is (knowledge from) the careful study of the structure and behavior of the physical world, especially by watching, measuring, and doing experiments, and the development of theories to describe the results of these activities

I don't believe that the author of the link cited is influenced by the company or companies which have donated to the research or have recompensed the author for giving sponsored lectures for, or provided professional services to the same.

I'm responding here because I said I would respond and while it relates strongly to the OP's question, it also goes to other areas.

Robin, as a mod, if you think this goes further afield than the topic, maybe it can be moved to start a new thread? your call on that.

Joined 3 mo ago
·
22 Posts
I don't have a toy but I feed my dogs kibble mostly with bits and pieces of appropriate human leftovers and fresh dog food to mix it up.
It's 90% kibble though.
With my older dog I mix up his kibble, anything middle to premium range.
With puppy he is on Royal Canin and I will keep him on that til he's fully grown and thwn mix up his kibble too.
1 - 15 of 15 Posts
Join the discussion
Continue with Facebook
Continue with Google
or sign up with email
About this Discussion
14 Replies
5 Participants
Last post:
firstspoo 21 d ago
Poodle Forum
A forum community dedicated to all Poodle owners and enthusiasts. Come join the discussion about breeds, training, puppies, food reviews, grooming, and more.
Full Forum Listing
Explore Our Forums
Poodle Talk Poodle Pictures Poodle Grooming Member Introductions Poodle Health
Recommended Communities