Joined 21 d ago
·
8 Posts
Hi! I've had Maggie for 2.5 months. She is a oversized toy poodle. Used for breeding. She is really shy. Being a 'kennel' dog for 6+years, I can understand. She is a house dog, just goes outside occasionally. Hopefully more in the spring. I am 81 and have had dogs for most of my life. Chihuahuas (5) most recently. I decided I was tired of he endemic heart disease in chihuahuas and changed to toy poodles.

My problem is that this lovely little dog goes on human grade pee pads (washable) just fine. Every other day, it seems, she will suddenly just squat and pee. I, of course, holler at her, and she stops immediately. I clean it up right away with an enzyematic cleaner. I am wondering why does she do this.? I want you all to know, I don''t shame her after it is all over, just yelling NO stops her. She seems healthy otherwise. I this something I should talk with the vet about, or do you think it is behavioral? Thanks
D

Joined May 27, 2018
·
1,095 Posts
She is peeing in areas other than on the potty pad? I am guessing because she was a breeding dog that she was frequently required to just go to the bathroom anywhere, especially if she was kept in bad conditions. Maybe make the area to go to the bathroom larger by using 2 pads to start? And give her praise and treats when she goes in the right area. You might even direct her to the potty pad when you think she might need to go. She should get the praise and treats immediately.

My rescue also used potty pads when I got her, but she mostly used them when I was at work. She would not use the potty pad if she had soiled it even once, so she also had accidents in other parts of the living space (though rarely). Maybe also consider changing the pad more frequently.

Thank you for rescuing her. I hope you are able to upload a photo at some point!!
S

Joined 21 d ago
·
8 Posts
she uses the potty pads almost all the time. When she pees, it seems like it is right outside the chihuahua's pen, on the carpet. The breeder is considered to be one of the top toy poodle breeders in IL. She(the dog) was in an area that was pretty well covered with paper. There were some in Iris pens with paper, and some loose with paper pretty much everywhere.

Wish I could take a photo, but my computer is old, and so am I!!!
D

Joined May 27, 2018
·
1,095 Posts
I wonder if she could be engaging in marking, then, which would mean it is behavioral. I do not know much about that behavior, but I know it can pertain to males and females. Was she just recently spayed?

Hopefully someone else will chime in with advice!

As D4L mentioned, she probably never had true housetraining, so it's not surprising if she doesn't really understand fully yet.

Has this been going on since you brought her home or did it start some time after? What is often suggested is to treat her as if she's a puppy and sort of start housetraining from scratch. Since she's older, it's not likely to take long, nor be as intensive as with a pup. Startling her by hollering "no" will stop her but poodles are sensitive to begin with, and if she's shy on top of that, it has the potential to backfire, in the sense of she'll be scared to go, and holding it til she just can't, and you have the flood. I'm not in any way thinking you're being mean to her, or saying that is what's happening, just exploring possibilities.

When you tell her no, do you pick her up and take her to the pad, even if she's done?
I know there'll be more folks with ideas dropping by.

It's wonderful that she's got a family and a home with you!
► Show Full Signature

Joined 21 d ago
·
8 Posts
thanks for the post/s. I have not thought about 'marking' . She does not sniff around before she squats, nor is there ever a 'flood'. Just a little pee . Marking sure sounds as if that is the problem. I never thought of that. Thanks. As for taking her to the correct place, I can't call this dog, as she is so shy, she runs from me! Picking her up is sometimes frustrating. It depends on where I am. Computer=OK, couch=OK recliner=Not good-runs just out of reach. I am going to call my old trainer and see what she suggests.

Joined 6 mo ago
·
1,515 Posts
I think some dogs get confused between pads and carpet. They think "soft = toilet." And I don't care how good a cleaner claims to be. I think they can still smell it.

It was a real struggle with our mini, for her entire life. She was a discounted petstore dog and toileted on shredded paper until she was 4 months old. Very smart, sensitive girl, but never 100% reliable with housebreaking.

Your girl is probably very confused after spending such a long time toileting anywhere.

If feasible, I'd lift up all carpets until she's properly housebroken, praising sweetly and offering a treat for every correct potty, even if you have to toss it. Focus on the praise. If you celebrate each successful potty with enough enthusiasm, I'm sure she'll figure it out,

Sounds like you've taken on quite a challenge with this shy little girl. Such a kind thing to do. I hope she warms up to you soon.
D

Joined May 27, 2018
·
1,095 Posts
Working with a trainer sounds like a great idea- can definitely help with the bonding experience, too.

Joined Dec 30, 2009
·
369 Posts
Sounds like that little girl is lucky to be rehomed with a calm older person with prior small dog experience. My eyebrows went up as I put together that a dog too skittish to be handled was used for breeding. Odd choice by the breeder. I'm glad your girl found someone who can ease her into home life.
S

Joined 21 d ago
·
8 Posts
This dog is very bonded to me! Wants to be in my lap all the time, except when she is playing with her toys. Just can't let herself be 'caught' very easily when I'm in my recliner. The trainer hasn't called back yet. Weekend???

susan Davis said:
This dog is very bonded to me! Wants to be in my lap all the time, except when she is playing with her toys. Just can't let herself be 'caught' very easily when I'm in my recliner. The trainer hasn't called back yet. Weekend???
Click to expand...

Joined Apr 2, 2014
·
2,050 Posts
This post makes me smile too, not because of your troubles, but because you are willing to work with this girl.
Yes, go back to puppy basics. Restrict her freedom until she starts to get the idea.

I’ve only had one dog that wasn’t 100% reliable, and it is Misty, my Bichon mix. All I know about her is she had three homes before she was a year old, and each time was brought back to the same high kill shelter. We went back to puppy basics, and she came along, and is good 99% of the time, but still an occasional accident, usually on the area rugs in the bathroom. So, we just live with it, but it makes me appreciate the reliability of the other dogs.
► Show Full Signature
The Hooligans

“Once you have had a wonderful dog, a life without one, is a life diminished.”
― Dean Koontz
S

Joined 21 d ago
·
8 Posts
this dog loves her toys. loves the ones with sqeakers in them. runs around sqeaking like mad, over and over again.

yesterday found a little puddle in the kitchen. first time there.?

susan Davis said:
this dog loves her toys. loves the ones with sqeakers in them. runs around sqeaking like mad, over and over again.

yesterday found a little puddle in the kitchen. first time there.?
Click to expand...

I'd only give her access to a small area for now, unless she's tethered to you or under very close supervision. Treat her like a tiny puppy, like you're starting from scratch.

Right now she just doesn't know what's expected of her, but I'm confident she'll figure it out quickly with your help! 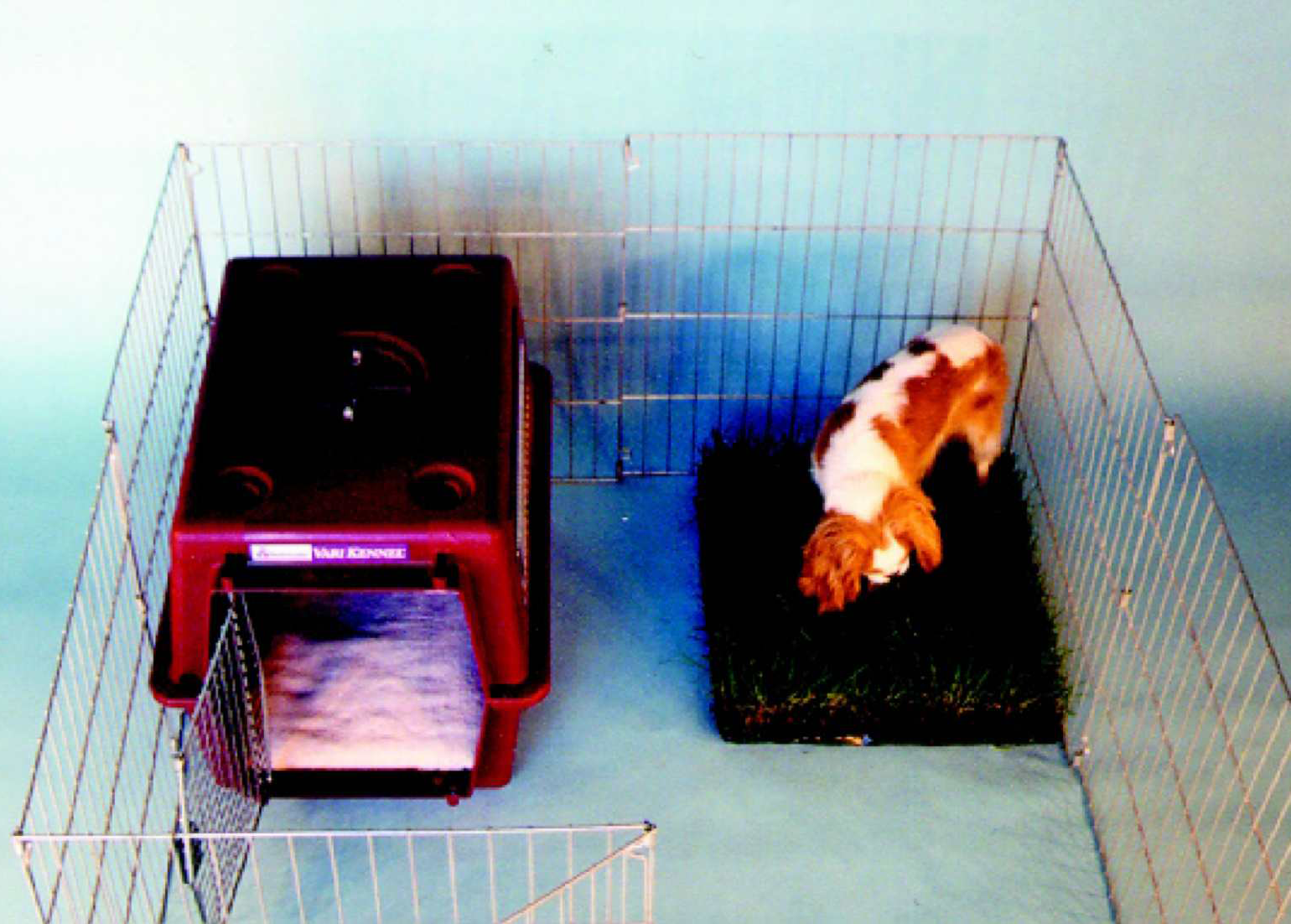 Housesoiling is a spatial problem, involving perfectly normal, natural, and necessary canine behaviors (peeing and pooping) performed in inappropriate places.Housetraining is quickly and easily accomplished by praising your puppy and offering a food treat when she eliminates in an appropriate...